Since the 5th of October, almost 24 women have come forward accusing acclaimed Hollywood producer Harvey Weinstein of sexual assault and rape. With stars like Angelina Jolie and Gwyneth Paltrow among them, the headlines have been full of the details of what was known as Tinseltown’s “open secret”. The incidents have shed light not only on the prevalence of sexual harassment in the film industry, but also opened up a broader discussion on society’s treatment of the perpetrators and victims of abuse.

This week’s newspapers are full of articles on everything from why some women were specifically targeted, why colleagues had not spoken out for their female co-workers, and the condemnations from male stars (many of whom ironically referenced the fact that they had daughters as evidence that they were outraged).

assault in society today. Such incidents are not unique to the film industry – statistics show that some 1,600 adult women are raped every week in the UK. Only 15 per cent of those raped report the incident.

Around the world such incidents have become part and parcel of women’s daily life, but isn’t it in Western society in which we are told women have achieved equality compared to the developing world? Surely in the West, with the emphasis on tolerance and freedom, women could count on to be protected from such behaviour?

So why is it that a culture of abuse towards women persists, despite claims of values and laws to the contrary?

For many, this seems an obvious question. Sexual assault happens because of individuals only: egotistical, narcissistic men, who use women to fulfil their desires.

But all individuals are a product of their environment; no one is born a sexual abuser. So what has created a mind-set that either does not consider such actions as wrong, or simply does not care?

To answer that question we must look at the position of women in the modern age. It is no secret that standards of appropriate behaviour between men and women have become more liberal over the past decades. Just over 100 years ago in Victorian Britain, a woman showing her arms would have been considered vastly unsuitable. But throughout the 20th century, particularly during the sexual liberation movement of the 1960s, women claimed their rights and their bodies for themselves.

But as much as this has seemed to empower women from the educational, political and social limitations imposed on them, it has not liberated them from exploitation. Liberal culture’s sexualisation of society and the promotion of sexual freedom has normalised pornography, adultery, and promiscuity, harming the healthy cooperation of the genders. Its contemptible and systematic degrading of women through their objectification and commodification in the entertainment industry, licensed by freedom of ownership, has generated a view amongst many men in capitalist liberal states that women are simply objects to play to their desire. Women have been dehumanised, making them easier targets.

Moreover, values that have been heralded as the key modernity; namely the upholding of individual liberty at expense of all else, has demoted the role that morals and ethics plays in ones life. Good and bad is considered unique to each person’s perspective, aside from a few universal ills such as murder (which can also be ignored if it suits your political position).

As such, women are abused because individuals are “free” to seek hedonistic pleasures at the expense of all else; such is the measurement of right and wrong, where man-made laws are the order of the day. Women are perceived as “wanting it” or even if they do not, “its only sex” – and when individual perception rules, lines are blurred, and people are hurt.

To those who think that such an assessment is a gross exaggeration, it’s worth mentioning two other events that have also occurred recently.

The first was the death of Hugh Hefner; a man who made his living by selling soft pornography in Playboy magazine; a man who was famous for being surrounded by near-naked women at his parties, even at the age of 80. And yet, his eulogies last month were full of praise. He was heralded as an artist, a humorous and kind revolutionary; despite the numerous women who have spoken of the psychological and emotional abuse they experienced in the Playboy mansion.

When such a man is placed on a pedestal, what message does that send to society about what is considered acceptable treatment of women? 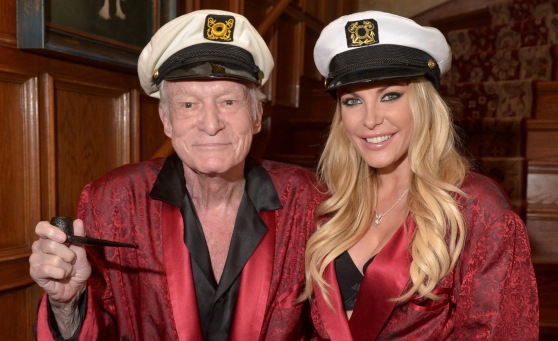 The second incident occurred last week, when a clip of Game of Thrones star Jason Momoa at Comicon in 2011 resurfaced, in which he states that one of the benefits of his job was that he got to “rape beautiful women”. The reaction of the audience: mostly laughs. While some gasps of shock can be heard, and other members of the panel look embarrassed, the fact that it took 6 years for this clip to go viral, shows that it had not even garnered sufficient outrage at the time. But then why are we surprised to hear such statements from a show that is littered with sexual content and has justified some 55 incidents of violent rape on screen?

Beyond the normalisation issue, we also have the question of punishment for rape, or rather the lack of punishment. Some 95 per cent of rapists in the UK never see prison. Earlier this year a UK court allowed an admitted child rapist to walk free after the judge agreed that the 12 year old victim looked 16, whilst in the US a man who raped an unconscious woman served simply three months in jail. Do such sentences do anything to deter potential abusers, who already have a flawed understanding of how to treat women?

It beggars belief that despite drowning in this social and legislative chaos, Western states have the audacity to continue to export capitalism and liberalism globally as champions of women’s rights. The developing world and the Islamic world undoubtedly have challenges of their own when it comes to abuse of women, but is the solution proposed by secular liberals the answer? Evidently not.

Whilst Islam’s understanding of gender relations, its prescribed method of prevention and how it would deal with sexual assault necessitates an article in and of itself, suffice to say that the Islamic texts not only obliges men to view and treat women with respect always, but also rejects sexual freedoms and prohibits the sexualisation, exploitation or devaluing of women in any way or for any purpose as well as the sexualisation of society. It focuses on prevention, not just the cure.

In addition, taqwa (God-consciousness) nurtures a mind-set of accountability to Allah (swt) that understands that every action has reward or punishment in the Hereafter, ensuring that the Muslim adheres to Islam’s limits and rules, maintaining upright, moral behaviour regardless. This aids the creation of a safe society.

Islam’s values, laws and system, which liberals are trigger-happy in labelling as backward or oppressive towards women, in reality regulate the relationship between men and women so that the fulfilment of sexual desires are directed towards marriage alone and not promoted as a dangerous free-for-all within society.

Sexual abuse is a real threat that millions of women and men fear in their everyday lives. Surely the hallmark of any progressive society would be, at the very least, that it is able to protect its citizens and see that when they are abused, justice is served. If current values are unable to provide that security, perhaps its time to look for an alternative.

Aisha Hasan is the founder of the Qarawiyyin Project. A Middle East researcher in London, she is also an aalima student and a Quran teacher. She has been active in the community for several years, appearing on television, radio shows and delivering talks at universities around the country.

Ramadhan Kareem to all our readers and listeners! ✨
[New Book List 📚] Conceptualising the Caliphate
The Qarawiyyin Project publishes thoughtful contributions from Muslim sisters around the world. We're currently gathering article submissions related to Ramadan, including but not limited to these topics:
[New Podcast] Back to the Future | Khilafa & Islamic Governance
[New Article 🇩🇿] "The fight for women’s rights has been examined exclusively through the women of Algiers in their apartments, leaving out the women of Tuggurt in their houses, who did not share the same premise."
On Ep. 13, Ustadha @j.yousef_ shares her reflections on Allah’s name Al Quddus (the Holy), and explains how we can reflect more deeply on the Names of Allah.
My Tweets