Prior to her stepping down over anti-Israel tweets, news that L’Oreal had featured their first hijab-wearing woman, Amena Khan, in a shampoo advert caused a stir on social media this week. 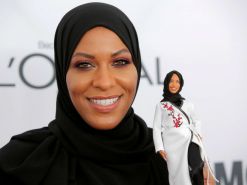 Whilst Muslim women tend to feature more in these adverts than their male counterparts, this phenomenon is not limited to one demographic. Throughout modern history, many minority groups have sought prominent positions of leadership or fame in an effort to increase their influence and acquire acceptance. It is based on this idea that Muslims, especially visibly Muslim women, are encouraged to seek out and embrace platforms that will let them be seen by millions as “normal” people, in an effort to defuse hatred and fear.

But does this actually work?

Despite being a regularly toted idea, upon further scrutiny, it’s clear that the idea of representation leading to empowerment has not always produced results. Merely being visible has never served to change public attitude, but has always been accompanied by legislation and active campaigning as to the reasons why discrimination against said group should not be tolerated.

There are many instances where even when minorities reach high public positions, public opinion fails to keep up. A recent example can be seen in former American President Barack Obama who was celebrated for being the first African-American president, with journalists and analysts hailing a new era of history and the end of racism. Yet it was during his two terms in office that the Black Lives Matter movement was launched in protest of the perpetual dismissal of discrimination within state institutions and rampant police brutality. As for a supposed new era of history, one can assess how much of a difference Obama made in public sentiment given the election of the proven racist, sexist, and elitist that is Donald Trump. 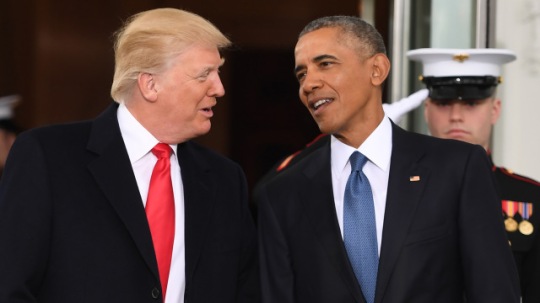 The inevitable result of the promotion of specific individuals, in absence of the principles as to why the “other” should be accepted, results in any successful person being seen as the exception to the stereotypical norm.

Rather than humanising the masses, representation allows acceptance of a specific personality and hinges upon the individual possessing certain celebrated traits, approved if deemed the “model” Japanese citizen, the educated Black man, or the conventionally beautiful hijabi makeup artist. Communities are infinitely diverse such that not everyone will be featured in the mainstream; consequently, basing societal acceptance on representation is neither feasible nor effective.

Read: We need to talk about the sexualisation of Muslim women

Additionally, when it comes to Muslim women, there is a clear promotion of a certain segment of this demographic – primarily a hijab-wearing, fashionable, photogenic social media star whose profession usually revolves around their appearance and/or their stereotype-breaking abilities.

The result: Muslim women that aren’t fashionable, that aren’t stereotype breaking, that may be more conservative are relegated to the oppressed, submissive label once again.

So whilst progress has been seen for a certain segment of society who have proven they are “just like everyone else”, this has not changed the fundamental issue: that discrimination should not be tolerated.

An intolerance of values

The case of acceptance in society ultimately boils down to a discussion of values. When the cause of a group’s difference is deemed acceptable, so too are the individuals who practice it accepted.

Take the LGBTQ community as an example: a minority that has faced legal and social discrimination even in secular societies. It was not until recently – 2017 in the case of Australia – that the right to same-sex marriage and adoption has been entirely legalised. Despite popular figures in the music and entertainment industry identifying as gay since the 1970s, which played a role in making their appearance mainstream, it was not until the principle of same-sex relations was accepted that rights were granted. When identifying as LGBTQ was justified as an expression of freedom, rationally legal between two consenting adults, and natural according to science (three validations that form the cornerstone of secular societies), only then was it considered the same as a heterosexual relationship.

Read: My liberal MSA caused me to doubt Islam

Yet, such a strategy will not work for the Muslim community because Islam’s values contradict the bases used to justify differences. Islam does not advocate that individuals are free to act as they please and choose which obligations they fulfil. Wearing hijab, praying, and subscribing to our Islamic duties are not choices we make because we are “free”, but rather out of submission.

However, modern Western societies will not accept “submission” as an appropriate reason for one’s actions, and consequently only Muslims that emphasise freedom (or other reasons) as to why they fulfil their Islamic obligations will be given a platform.

This is evident in the case of prominent Muslim women whose choice to where hijab is always given undue attention, as well as those who say they wear it to express their identity or fashion sense. Similarly, they are praised for their “stereotype breaking” behaviour because it appears to champion the values of liberty and independence from cultural or religious norms. Subtle compromise is endorsed and largely tokenises women, with or without their consent.

With this in mind, it is unlikely that any mainstream voice will be allowed to present conservative Islamic perspectives on issues. Not only will the Islamic perspective contradict the values held dear in Western liberal societies, but it will undermine them by posing an alternative way of life.

So should we just hide in our own communities?

Refusing to be part of the tokenising culture of representation that devalues aspects of Islam does not mean that one must be calling for Muslims to hide themselves away. Rather, the community must be savvy about what representation on our own terms means and what platforms will be useful to take advantage of while leaving problematic ones behind. A case-by-case analysis is needed, considering all possible outcomes.

Muslims must also concentrate on developing their own platforms for adequate representation and not falling into the temptation of watering down Islam for the sake of mass viewership. Our religion encourages hikma (wisdom) when informing others of Islam, not compromise.

Read: Why are Western women turning to Islam?

But our community needs to wake up and view the bigger picture. Islamophobia is not limited to individuals, but also impacts state policies that won’t be overturned by Muslims being featured in an advert for makeup or winning a sporting award.

Strategies like Prevent in the UK and Countering Violent Extremism (CVE) in the U.S. arguably affect a greater proportion of Muslims than individual Islamophobic incidents, yet they receive considerably less attention. This is an issue that representation will not solve; rather, a debate on why such policies are implemented is needed to challenge this narrative.

Finally, we need to encourage our communities – and our young people in particular – to not draw their strength from seeing their faces in the media or the Internet. We need to harness and bolster our own strength, such that confidence in our identity is not drawn from being the same as everyone else, but from being different.

Islam came as strange and will return to being strange, so blessed are the strangers.

15 thoughts on “Does representation lead to empowerment?”