To think that Donald Trump is now President was downright hilarious at first. Every time I think back on that, I still get that sudden urge to laugh it off as if it was the punch line of some absurd joke. Then I remember its real, and the hilarity moves to complete shock that someone as vile and deprecating as Trump can be considered worthy to lead one of the most important nations in the world.

Having such an individual in charge of the most powerful country on Earth is no doubt scary and frightening, but what exactly are the impacts for Muslims in the US, and around the world?

One of the most obvious implications following the election result was the rise in Islamophobia, which had been high even in the run up to the election. Across the United States reports flooded in on social media of people being verbally and physically abused, from polling stations, to supermarkets and colleges, as monitored by numerous organisations such as the Washington-based civil rights group CAIR[1].

In one of a many attacks specifically at women, the day after the election a Muslim woman reported that a woman verbally and physically attacked her at a Walmart, tugging at her hijab while saying that such headwear “is not allowed anymore.” She then reportedly suggested the woman hang herself[2]. Another report saw a Trump supporter pull a knife on a Muslim woman on a public bus. San Jose university sent an email that a woman had her hijab ripped off by a white male so forcefully that it choked her[3]. 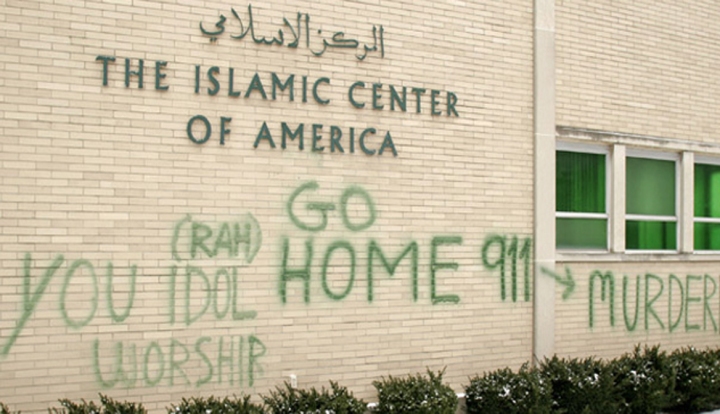 Fears have only grown that such hatred will manifest in policy, as Trump continues to appoint alt-right candidates to his Cabinet, such as Stephen Bannon, the driving force behind the right-wing Breitbart News website, has been chosen by Donald Trump as chief strategist. The site serves up an agenda that critics accuse of xenophobia, Islamophobia and misogyny. Under Mr Bannon, it has become one of the most-read conservative news and opinion sites in the US and during the election campaign the site unashamedly promoted Donald Trump[4].

Organisations such as the KKK have openly shown their enthusiasm for Trump, showing that this election has given the green light for open Islamophobia, racism and xenophobia.

The implications of Trump for Muslims in the US are undoubtedly negative. But what about its impact on Muslims abroad? Muhammad (saws) described his Ummah as one body, such that we should have universal concern for one another, but it seems to be easy to forget how others may be affected.

And whilst many may have thought otherwise, Muslims in other parts of the world are not necessarily mourning Trump’s victory. Despite the spell the Obamas cast on most of the Western world, in the developing world his administration is known mostly for the seven countries America is currently bombing, his failure to live up to his promise to close Guantanamo Bay and his enduring support for notable dictators such as Abdel Fattah Al Sisi in Egypt.

In an article by Yasmeen Al Khoudary for Al Jazeera, she recalls specifically in the case of Palestine, how Hillary Clinton as Secretary of State was an outspoken enemy of BDS (the Boycott, Divestment, Sanctions movement), a proud opponent of any Palestine-related UN resolutions, a staunch defender of Israel’s assaults on Gaza, and a major factor behind the US blocking Palestine’s statehood bids at the UN. She praised the news that the US will be providing Israel with $38bn in military aid over the next decade and promised that “as president”, she would work to implement this agreement.

She also questions why no one noticed that this plan is the only one that was passed down from Obama to Trump without question? In fact, foreign policy in regards to the Middle East seemed to be the only thing in which Trump and Clinton’s policies seemed relatively similar, to the civilians at least[5]. Short of Trump’s promise to engage more openly with Russia, which will only further harm the Syrian people, not much is set to change for Muslims abroad.

It is with this mind that we recognise that whilst the situation for Muslims in the West is starting to get bad now, for our brothers and sisters abroad this has been their situation for a long time. This should make us seriously consider the merits of a country that has such a longstanding unchanging history of hegemony and a system that has finally given in to the racist undertones of many of their citizens. These problems are merely the symptom of a society whose values change with public opinion, rooted in no divine guidance; such that giving into hatred and dominance is a natural result.

But the result is the result. And whilst it is completely natural for Muslims to feel a degree of fear at the outright hatred that has now been accepted, we cannot let this fear paralyse us. Rather it should motivate us to take a stand against the hatred and bigotry that Trump has come to epitomise. Trump has quite literally, given us the trump card. It has exposed the hypocrisies of western democracies; America can no longer claim to be the leader of the free world with such a man elected as President.

We should take this opportunity to engage with our neighbours, communities and fellow Muslims and actively give dawah on the issues people are talking about. This is not the time to shy away from issues that are too political or controversial; rather it’s the time for education, carry the Deen as Allah (swt) describes the honoured believers:

“And who is better in speech than he who says: ‘My Lord is Allah (and then stands firm upon his beliefs, invites others to Allaah’s way, and does righteous deeds, and says: ‘I am one of the Muslims.’” (41:33)