“The Isnad (chain of transmission) is part of the religion. If it were not for the Isnad, any person would say what they wanted.”

This statement of the great 8th century Khorasani scholar Abdullah Ibn Al-Mubarak is still religiously quoted verbatim by Hadith teachers and re-echoed by their students across the Muslim world. These few, but calculated words represent one of the greatest feats of human intellectual history; the Isnad system or recording hadith, also known as Al-Jarh Wa ‘l-Ta’dīl (criticism and accreditation). This preservation of unbroken chains of narrators has given Muslims confidence in attributing a statement, a deed or an approval to the Prophet Muhammad (peace be upon him).

Yet amidst the maze of complex terminologies and histories, the science of hadith is often considered too complicated for the average Muslim to understand, without in-depth study. Whilst the area is vast, one can attain a basic understanding of the core tenets of this field, particularly via the study of its historical development.

The environment of revelation

The study of narrators’ authenticity when it comes to hadith has existed since Islam’s inception. With the Prophet Muhammad (pbuh) being the exclusive medium between Allah and His creation, and the epitome of piety and morals, his companions avidly observed every aspect of his life. From the way he conducted military affairs to the simple act of parting his hair, all his deeds were recorded and recollected fondly by his companions, an enduring influence that cannot be said about any other religious leader until today.

This keenness was conditioned by the Quran and the Prophet, both of which stressed the importance of recording information accurately, such as in Surah Nur, verse 15 where Allah says:

“When you received it with your tongues, and articulated it with your mouths regarding what you had no knowledge of, you considered it lightly but it was tremendous in the sight of Allah.”

This instruction can also be found in a hadith, which is unsurprisingly reported by a plethora of companions: “Whoever lies about me intentionally, let him find his seat in the fire.” (Al-Bukhari)

Whilst all the companions shared the same sentiment of attending to the Prophet’s words and actions, a notable few were actually engaged in actively reporting their recollections of him, including Abu Hurayra, Ibn Umar, Anas bin Malik, Aisha and Ibn Abbas, may Allah be pleased with them.

After the demise of the Prophet the companions naturally increased in cautiousness when accepting a hadith, as the source was no longer with them. They were now the authorities from which the succeeding generation will learn about the religion as understood from his words: “Convey on behalf of me, even if it be a sentence.” (Sahih Bukhari) 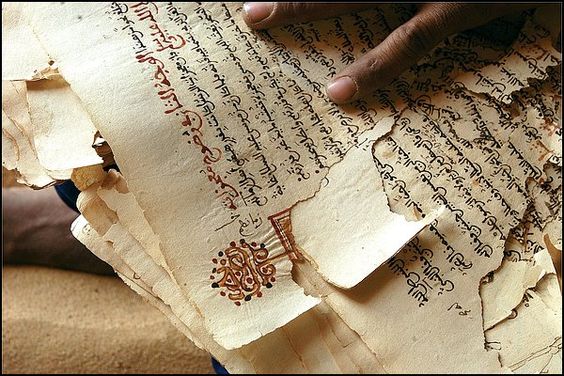 In spite of the relatively few companions which actively engaged in transmitting reports, and their collective uprightness being attested to, companions like Umar ibn Al Khattab – a successor to the Prophet after Abu Bakr – would demand witnesses to corroborate a report which was attributed to the Prophet, however mundane it may have been like the request for permission to enter a household three times. The enormity was in the fact that the report was attributed to the Prophet of God, to the extent that Umar would mete out corporal punishment if the person failed to corroborate the report.

Political dissent and the age of the successors (Tabi’in)

Yet even before the collation of hadith had had a chance to fully develop, the process was complicated by the political circumstances at the time. It was in the midst of dissent and arguably the first schism in Muslim history, where civil war broke out between Ali, the fourth Caliph and Mu’awiya, the then governor of Damascus. This period witnessed mass hadith forgery as people attempt to advance political causes of both parties. An example of a forged hadith quoted by the partisans of Ali was to the lines of: “If you see Mu’awiya ascend the pulpit, kill him.”

Against this backdrop, the imperative of reporting a chain of narration suddenly appeared amongst the second generation of Muslims, with at least one medium between the narrator and the Prophet Muhammad (pbuh). The usage of terms like mursal started to appear, a term that describes the chain in which one or more narrators cannot be verified. During this time, narrator criticism began to take place for the first time due to the fraught political situation, and hadith critics begin to classify narrators as those which were reliable, Ahl al-‘ilm (people of knowledge) and those who were not, Ahl al-bida (people of innovation).

Protected through the ages

Up until now, it may seem that there is little record of written compilations amongst the early generations of Muslims. Today, some have used this to criticize collections of hadith, labeling them as unreliable or less significant compared to the Quran.

Yet in reality, this critique exposes modern Western academia’s backward projections on the treatment of religious scripture. The phenomenon of the ‘typographic’ print culture revolution has caused the West to largely underestimate the extent to which oral traditions were used to maintain accuracy and reliability. The early Islamic community was set within a society where oral interactions dominated, and such was the reality for the vast majority of persons and communities throughout history. Even the written word of the Quran was secondary to its strong oral transmission. In other words, the Quran is ultimately not a written document but a ‘recitation’ which is what the word quran means.

This is not to say the companions were completely dismissive of writing hadith. On the contrary a few noted companions like Abu Hurayra, Ali and Abdullah ibn Amr ibn Al-Aas would collect hadiths in their own personal collections, although they were not accessible sources of hadiths.

Furthermore, due to the primitive state of the Arabic language, sama’– listening to the recital of a hadith from a student – was very practical, and written documents could not be relied upon solely to gain comprehension of a hadith. This was so crucial, some hadith transmitters like such as Ata Ibn Muslim Al-Khafaf, were so concerned that the hadiths recorded in their books would be misunderstood, that they either burned or buried

To ignore this significant functional aspect of the transmission of hadith is a disingenuous viewing of history through the lens of the post-enlightenment West. For the student of hadith, this is especially important in order to contextualise the historical development of hadith transmission, as well as the different forms hadith criticism took on in each generation which will further be elucidated on in coming articles.

Marzuqa Karima is a graduate of Ebrahim College having completed the Alimiyyah Programme and subsequent postgraduate course in Hadith studies (Dawra Al-Hadith). Her interest lies in the Hadith sciences, and she has attained ijāza from the likes of Shaykh Akram Nadwi (UK) and Shaykh Hatim al-Awni (Makkah), as well as studying for a brief stint in Ammān at the University of Jordan. She is currently pursuing an MA in Islamic Studies at SOAS. A student by day and a Taekwondoist by evening.

3 thoughts on “An introduction to the history of Hadith compilation”