If there is one thing I want you to take away from this article, it is to remember that prior to the wars and calamities that have befallen this nation, Somalia was a beautiful country, rich in livestock, heritage and breathtaking scenery. Mogadishu, the capital of Somalia, was famously known as the ‘White Pearl of the Indian Ocean’ because of its mesmerizing beaches, which generated much tourism[1]. Its detailed and intricate language, which is deeply rooted within the Somali culture inspired poems, to the extent that Somalia has also been branded the ‘Nation of Poets’. A country with a rich and ancient culture, it witnessed huge progress while Europe languished in the Dark Ages,  described by the famous traveller, Ibn Battuta as having exceedingly large cities, famous for their wealthy merchants and high quality goods[2]. 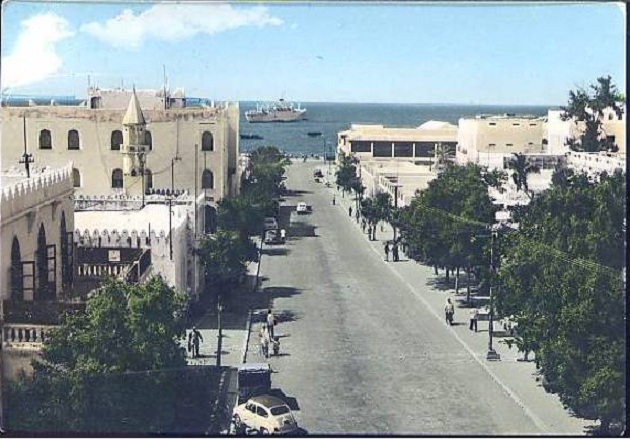 Yet all this beauty, history and status have been lost; and the looming catastrophe that is currently taking place in modern Somalia alone dominates our knowledge of the region.

But, before we speak of the current tragedy, lets break some misconceptions. Many non-Africans have a preconceived notion that all of Africa’s history is one. That all their problems are one. That they all suffer from poverty, and their lands are undeveloped, backward nations, and people lodged in mud houses. I am here to tell you that that is not the case. Rather, you have been programmed, by Eurocentric education (and the media!) to believe that Africa is some sort of wild jungle with half dying children. Yes, this may be the case in some parts; however, this is NOT the case for most of the continent, (yes Africa is a continent, not a country!).

Pre-colonial era, Somalia was ruled by Islam, often under individual sultanates but allied to the Ottoman Empire, and like other Muslims countries flourished in terms of trade, business and livestock. However, due to the fragmentation of Muslim nations, it soon became prey to the English, Italians and French, who all seized a piece of it, and divided the nation into different governments. Djibouti, which was once part of Somalia, was colonized by France and detached from its main body. The south was colonized by Italy, and the British colonized the Northern part today known as Somaliland. Portions of Kenya and Ethiopia were also originally part of Somalia but were annexed, with the backing of colonial powers of course.

Colonialism lasted between 1840 and 1960. After much of Somalia’s resources were plundered, the foreign invaders left Somalia, which eventually led to the unification of the split nation. This independence, championed by president Aden Abdullah Osman Daar, ensured that Somalia was once again restored as one country, but with the north and south operating as two separate nations[3]. 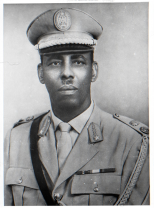 Things started taking a turn for the worst when the controversial dictator, Siad Barre with the help of a military coup, became the 3rd President of Somalia[4]. His dictatorship lasted two decades and resulted in mass causalities, inciting brutal tribal clashes and further severing ties between the north and south. Although many claim that Barre safeguarded the unity of Somalia, and helped the nation recover from the state they had been left in, his implementation of socialist ideals did not sit well with the people of his nation.

His dictatorship eventually led the country to civil war and this has since then has long plagued the history of Somalia. After his demise, the Somali nation quickly turned to Islam as a safe haven after being oppressed and denied the right to practice their belief for years.

Today we see that Somalia has a 99% Muslim population, which reflects their love of Islam, and refusal to give up their Deen, despite being denied their right to practice it in the past. It is exactly this love and belief in Allah, which is comforting their hearts, and giving them hope and strength in these extremely testing times.

For the past 25 years, Somalia has been battling poverty, drought and two major famines, the last of which took place in 2011 resulting in the death of over 260,000 people. Today, it is at risk of its third famine, with 6.2 million people in dire need of urgent humanitarian aid, including nearly 3 million of whom are going hungry[5]. This is a country whose population is estimated to be around 10 million, yet over half of its people are suffering due to a lack of basic human necessities!

In Doolow, a city in south Somalia, many transit camps have been set up, where many are preparing to leave for Ethiopia in order to get the help they so urgently need. The once beautiful city of Mogadishu, now half perished by the previous civil war and bombings by both US led drones and internal feuds. The situation in Somalia has become so extreme that the newly elected President Farmajo had called the drought a ‘national disaster’ and requested the immediate assistance from international governments.

As expected, the children of Somalia are taking the hardest blows, as the UN recently reported that over 300,000 children are acutely malnourished and over 70,000 severely malnourished[6]. Furthermore, with the lack clean water in various regions of the country, an additional threat of cholera and other diseases is feared to spread throughout the country.

The famine that shakes East Africa, illustrates a system of governance that has failed in fulfilling basic human necessities. East Africa is blessed with huge amounts of raw materials, minerals, forests, permanent rivers and fertile soil, but due to incompetent policy management, it comes as no surprise that people in this region rank among the poorest in the world. The country has lacked a government with clear policies and sound organization of resources, based on a stable economic system with built-in mechanisms that can overcome such crises[7].

Many are quick to blame the militant group Al-Shabab for the crisis taking place in Somalia, but over the years, Human Rights Watch, have reported that despite their others atrocities, it is not Al-Shabab who are responsible for the famine[8]. Rather, it is the Western-backed Somali government and the African Union “peacekeeping” forces, that have played a big hand in exacerbating the current situation and failing to fulfill the needs of the people. These two forces are reported to have committed (and still are committing) war crimes against the Somali population.

When we look to Islam, we see that under the Khilafah of Umar ibn al Khattab (ra), the Muslims also suffered from severe drought and famine. Umar’s reaction as leader to this situation was absolutely profound. As the Khaleefah, he took personal responsibility of resolving the famine and made an oath that he would not taste any meat or ghee until the famine was over. It was even reported that he only ate olive oil and would poke his stomach and say, “Rumble as much as you want, for indeed, I will feed you nothing other than this until the situation of the people improves.”

Alhamdulillah, the Somali community across the world have been quick to raise awareness of the plight of the Somali nation and have raised a great amount of money which will InshaAllah aid many of those in need. However, the lack of response from the current Muslim governments speaks volumes. While the Muslim leaders sit on our Ummah’s wealth, the children of Somalia starve to death and the cries of our Ummah’s mothers are met with silence from those in a position of power to alleviate them. It becomes clear that the people of Somalia are in need of a leader such as Umar (ra); a leader who will take charge of his responsibilities, abandoning the luxuries of this world in order to fulfil the rights of each citizen placed under his care as his Islamic duty.

We pray that Allah (swt) alleviate the situation of our Ummah in Somalia, and hasten the time of real change.

Iman Awed is a young Somali writer living in Copenhagen, Denmark. Her interests include Islamic history, sociology and politics, especially that which concerns the affairs of the Muslim world, and seeks to inspire Muslim youth to emulate their forefathers in order to return to their former glory.