A short while ago, I came across a very respectable Islamic lecturer’s article online discussing the issue of men talking about women’s hijab. He was saying that he refuses to talk about hijab because, as a man it is not for him to comment on. This is not a new position, but rather an attitude becoming increasingly popular amongst brothers and sisters. It only shows that how feminist epistemology is being internalized by people with Islamic knowledge.

A lot of sisters are frustrated with men obsessing over women’s clothing and picking up on the shortfalls of women’s hijab, while they do not pay attention to their own modesty, or that of other brothers. Undoubtedly, these double standards exist and they should be challenged. But unfortunately, these double standards are pushing women to discredit any valid concern or criticism that come from a brother or a male scholar as “mansplaining”. The popular reaction often is “men can’t tell women how to dress ”; but let’s unpack the assumptions behind this statement.

1. Can women tell other women how to dress?

The idea that men cannot tell women what to wear or how to dress implies that there are certain actions assigned to each gender. While it is true that from an Islamic point of view, men and women are assigned different gender roles in social life, when it comes to seeking knowledge and “amri bil maruuf and nahyi anil munkar” (enjoining good and forbidding evil), such division does not exist. It is not a question of the gender of the commentator, but rather a question of their source of knowledge, their motivation and how do they go about it.

2. Then, who can talk about hijab?

The answer to this question lies in another question. What aspect of the hijab is under discussion? The hijab as an obligation and its requirements, or inviting women to observe hijaab properly?  Although the two are not easily separable, generally speaking people do not have problem with hijab as an obligation and with the idea that women should dress modestly, (though this still seems to disturb some people if the speaker or the khateeb does not say anything about men’s clothing in the same lecture or sermon). I think the controversy often erupts from the latter when people talk about “proper” hijaab and what modesty entails.

For some people, talking about “proper” hijab or “modesty” is unacceptable because the hijab is considered personal, and it is not anyone’s job to define “proper” or “modest”.  Another position on the issue is that, men cannot talk about hijab because they are biased towards excessive modesty, which is oppressive towards women.

The first position has relativistic undertones. From a secular liberalist point of view, the idea that no one should tell women what is modest and what isnt, is a valid position to take. However, from the Islamic point of view, it is highly problematic. Because the rulings that belong to the realm of obligations in Islamic law are not decided by a consensus among individuals. The rules of proper hijab are well defined in Qur’an and Sunnah and explained by the learned scholars. It might be true that in some matters there is room for ijtihad and difference of opinion. However, ijtihad is not anyone’s personal opinion and there is not much room for ijtihad with regards to hijaab.

As to the second position, that of men being inherently biased, no one is free from some kind of bias or previous influence. If the authority to speak is granted on the basis of ontological similarities, it would not be possible for us to speak about anything since we are all different human beings! Women can also have biased point of views because of cultural and societal influences. What differentiates between a biased and unbiased point of view is not someone’s gender, but their sources of knowledge. Because, as Muslims, we believe that truth is not a relativistic concept in the eye of the beholder.

3) We do not have enough female scholars, so how can we trust the scholarly tradition?

As a side note unfortunately, it is true that we do not have enough female scholars today. However, since the beginnings of Islam, women actively sought knowledge and became prominent scholars. Sheikh Muhammad Akram Nadwi has written a 40 volume biographical dictionary of early female hadeeth scholars (al-Muhaddithat). Islamic tradition is built upon the works of female scholars as well as male scholars. Having said that, in Islamic tradition the gender of the scholar does not determine the authority of knowledge they are preaching. What determines their authority is their ijaza, the permission to teach. The methods of authenticating knowledge were already established in the early period of Islam. 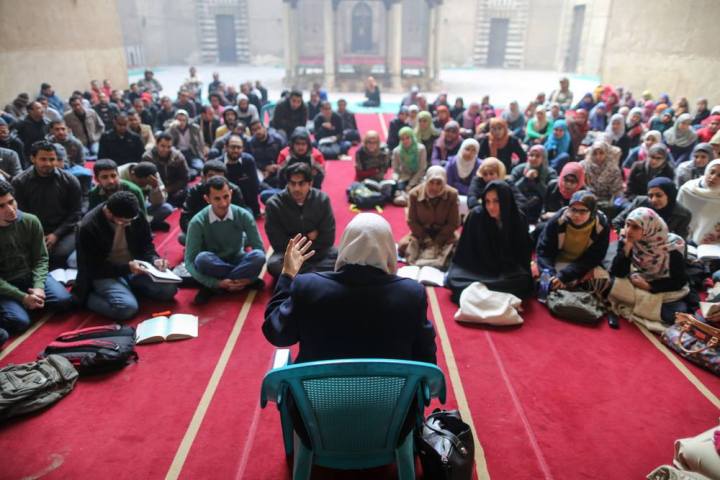 4) Is the reason why we talk about hijab so often is patriarchy?

We are human beings and to be forgetful of our nature. We all know we should not backbite or delay our salah, but why do scholars keep reminding us? Because as human beings we need reminders especially at these times where fashion industry is pumping the idea that Muslim women can be fully covered and sexy.

Of course, there are some brothers out there (mostly young, overzealous, newly practicing immature brothers who spend most of their time on twitter) who make it their job to condemn and insult women who are not covering as Islam prescribes, and yes that is often due to their own patriarchal perspectives they’ve gained from cultures, be they Eastern or Western. But we need to rise above their criticism, and not dismiss aspects of Islam in the process of tackling their rude, intolerant approach.

This piece is not written to encourage the people who mock or bully Muslim women. I acknowledge that double standards exist when it comes to women’s issues. However, discrediting scholarly tradition or any valid criticism is not the solution. We are all at different places on our journey, and the same is true for hijab. Maybe some Muslim women are struggling to wear it and some might be struggling to observe it properly. Wherever we are in our journey, we need people to guide us to good and forbid evil. Maybe it is time to remember that sahaba were very hard core on correcting each other. In times of relentless individualism, we should reconsider what we can learn from them about the rights and responsibilities of good companionship.

Nur Sevencan is a final year student studying Economics at Wellesley College, US with a concentration in art history. She is a regular contributor, and the Marketing and Outreach Director for The Muslimah Diaries. She is passionate about social justice issues within an Islamic framework. She previously worked at IMAN Central and volunteers  for religious communities in Boston. She can be found on Twitter: @nomadicturk

One thought on “Can Men Talk about Hijab?”